Support for the creation of an EU Army

In the wake of the Trump victory surprise, and the potential implications for NATO, I stumbled upon a Eurobarometer question that asks people how they feel about the prospect of an EU Army:

Thinking about the future of the EU, please tell me whether you are in favour or opposed to the following statement: the creation of an EU army.

Turns out the Eurobarometer has been asking that question for quite some time, which was the first surprising thing. The second thing that was surprising, to me at least, was that there generally is support for the creation of an EU Army. Whatever that is, the question is pretty vague.

The data are from November 2015, that is the latest survey asking that question that I could find. Here are a couple of plots visualizing the responses. 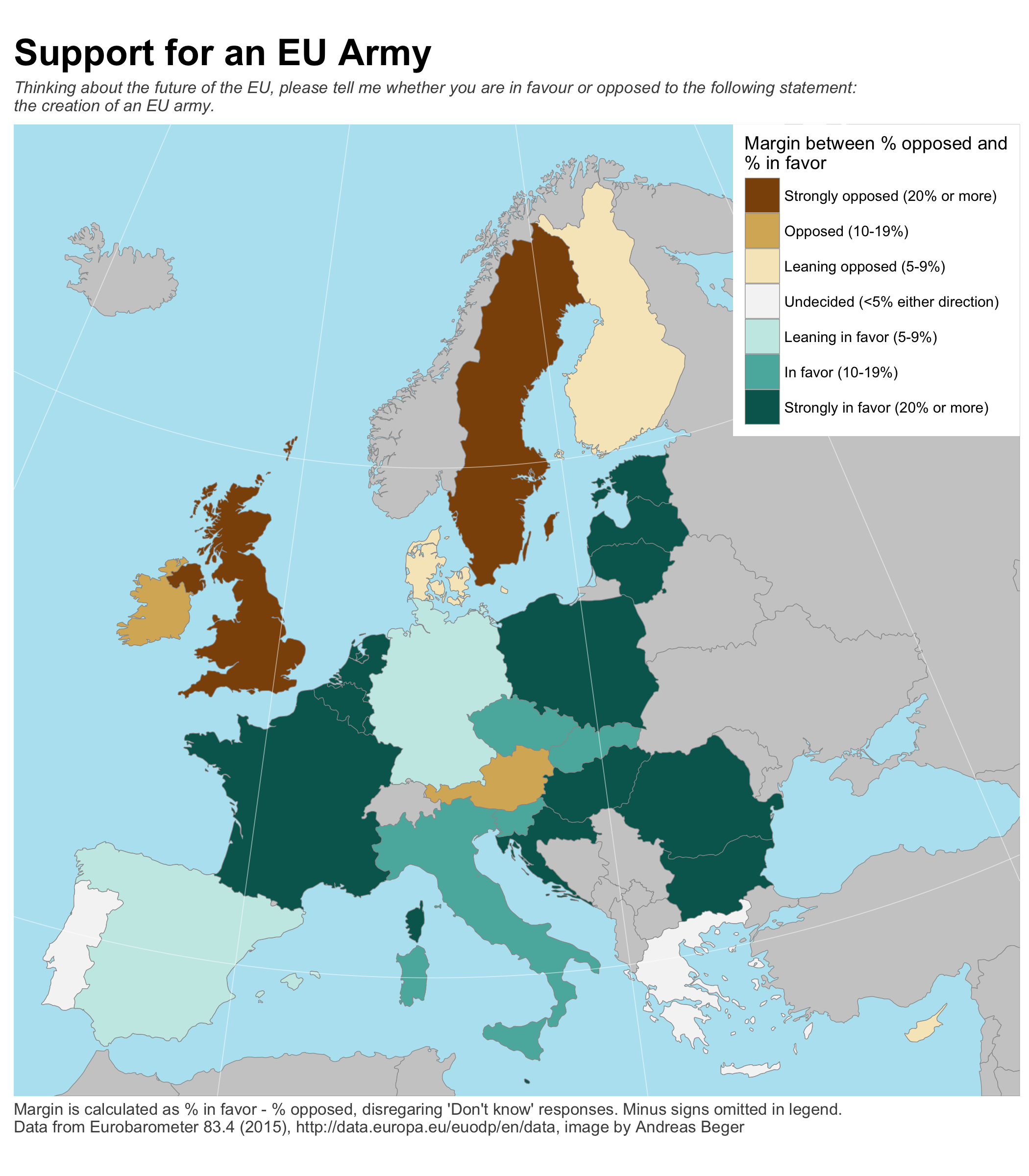 I don’t have any experience with survey data. For the map, I counted all “Totally in favor” and “Somewhat in favor” responses as being in favor, and ditto for opposed, and calculated the margin based on that. I copied that approach from what Eurobarometer seems to do in their reports.

Eastern Europe is generally in favor, are they trying to free ride on the wealthier Western European members? I don’t know, but military spending is not related to either being in favor of or opposing EU membership. 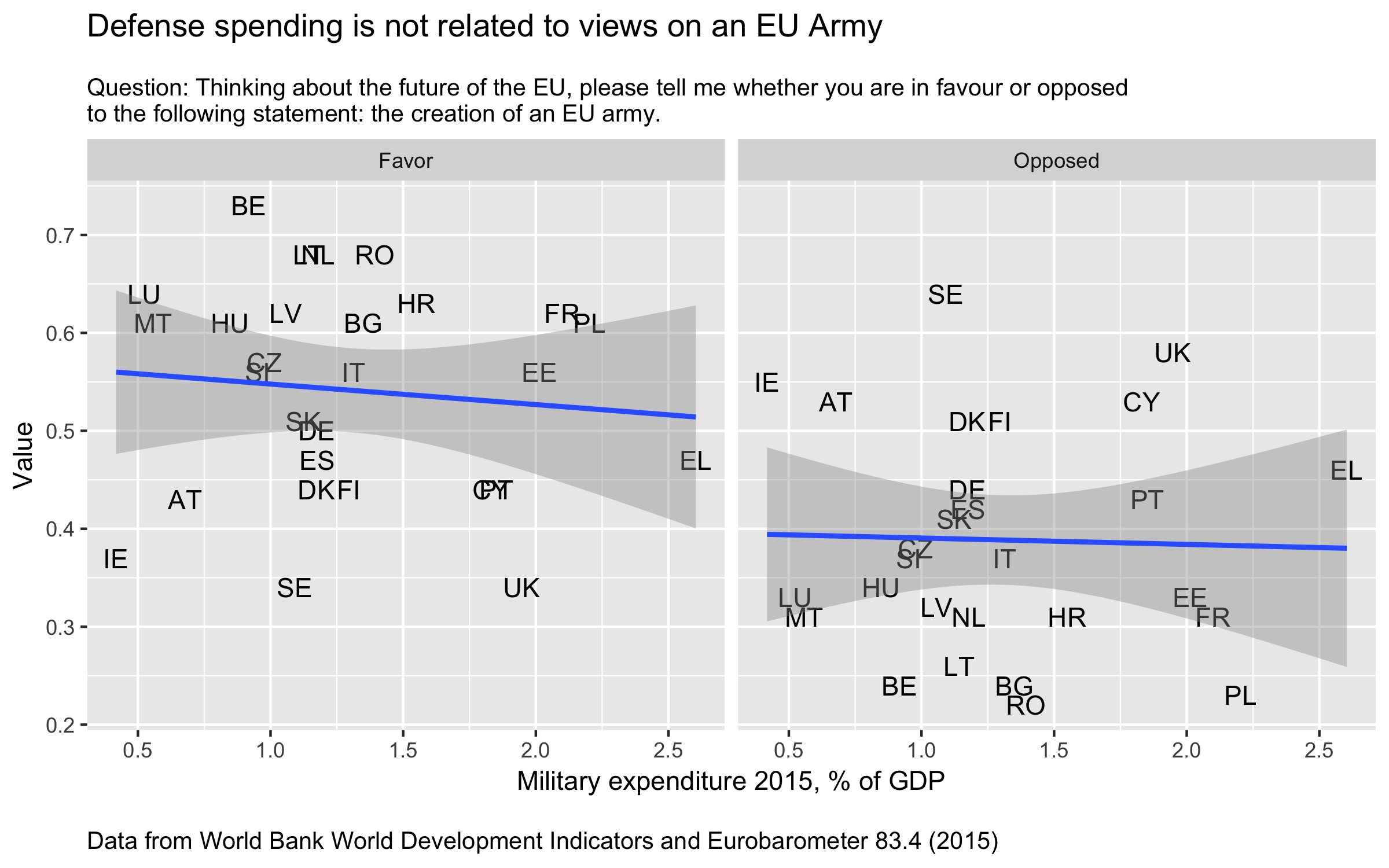